We produce three individual, single vineyard estate spirits. They range in age from 5 to 25 year aged in barrel. They have won numerous awards while up against the finest Brandy and Cognac in the world. The highly respected American Distilling Institute’s Annual Judging of Artisan American Spirits has awarded our brandy the gold medal every year since 2009. We can arrange a private tasting for true brandy lovers.

The Alambic Pot Still was built in Cognac, France in the early 1900’s. The French Colombard is heated to a boiling point. This “steam” is composed of the aromatic portion of the wine as well as alcohol. After two distillations we are able to capture the essence of the grapes, yielding an unmistakable flavor that is the hallmark of great Cognac. 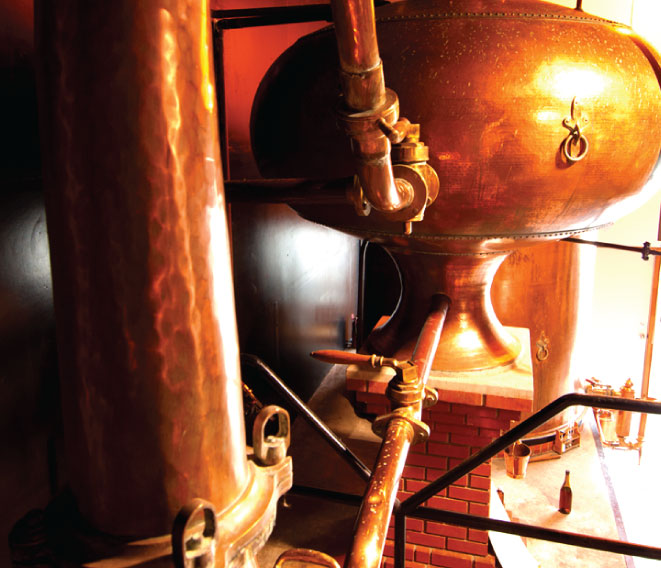